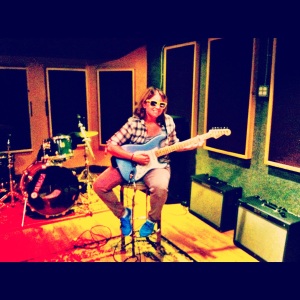 I can’t echo myself enough when I say that the most intimidating moments of my year have not been when I was face to face with creatures of the sea in the shark tank—or in the moment before I was going to jump out of a plane. No, instead the most intimidating moments of this year have been when I have sat down—or stood—with a friend and taken a chance to learn their craft. It’s as if I don’t want them to think I suck—or that I am insulting their craft with how bad I am. But even they were beginners once too—and that’s the part I have to remind myself.

I recently had the chance to sit down with two of my good friends in New York City, on two separate occasions, and learn both of their skills—both of their full-time hobbies—and both of their passions.

I was fortunate enough to meet Grady and Brandon who perform in a band together called Assorted Animals, when I first moved to the city. After getting invited to a party that they were both at, I slowly became more and more integrated into their group of friends, started going to their shows, and enjoying post-show chats and outings. 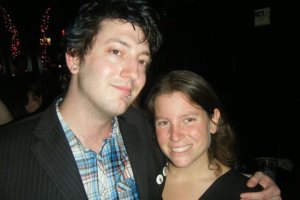 GRADY and ME 2010 Going Away Party

ME and BRANDON 2010 Going Away Party

After just a few months of living in Manhattan, I was happy to have found such good friends—talented friends.  Due to hectic schedules and the rush of New York City, we don’t get to hang out as much as I’d like, so this was the perfect opportunity to see and spend time with both of them.

As I sat down with Grady, I reminisced on just how lucky I was to have met him—to have this opportunity to learn from him. Patiently and perfectly, he described how to sit comfortably, how to hold the guitar, and how to relax my hands to make for better playing. I remember just once prior to this lesson picking up a guitar, in 7th grade music class, and being incapable of wrapping my head—and hands around the musical beauty.  But now, after less than just two hours, I had gotten the basic four chords down and Grady was playing along with me.  Appropriately, we were playing a slowed down version of “Time of Your Life” by Green Day. 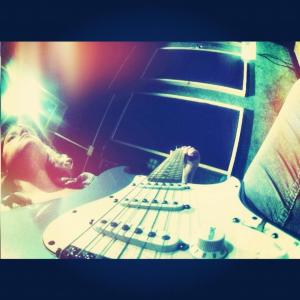 This past week, when I sat down with Brandon, my patience with the drum set, grew thin. Like trying to figure out a rubrics cube, I could feel myself growing frustrated: I couldn’t get my left hand to work with my right or my right hand to work with my right foot. I felt as though I was a shambles. I’d turn to Brandon and apologize for my inability—and he’d smile and say, ”It’s okay. Let’s just try again.” And so we did—again, and again, and again. “1,2,3,4,5,6,7,8,” I whispered to myself. “Right hand/right foot, right hand, left foot” and I continued this repetition until I was playing 2 measures—3 measures—4 measures, and at some point I lost count—at some point I lost myself in the music.  And even though we weren’t playing the Green Day hit, as I had with Grady, I still felt as though I was having the time of my life.

Early in the drumming lesson, Brandon told me that this was his first time ever teaching drumming lesson. My response was simple, “Great! That means you are hobby hoarding as well. YAY!” After our lesson, I told Brandon he should continue giving lessons—that I really enjoyed his time and felt that I had learned a lot. I also told him that this year has given me a way to spend time with people that I don’t often get to spend time with due to harsh schedules and that I was grateful we could work something out. Brandon was grateful too.

On the earlier occasion when Grady and I left the studio, I smiled and thanked him immensely. He seemed just as pleased with this lesson as I did. And while walking toward the train, Grady turned to me and said, “I think I want to start teaching more lessons.” And soon after, I received a text message from him saying, “That was great fun and quite inspirational for me as well.”

My intimidation of working with friends was now gone. I could tell that this was just as much an experience for them –as it was for me.

And with Grady’s message I knew, the hobby hoarding—had done as I always hope it will—worked both ways.

Brandon and Grady perform in a band called Assorted Animals. Their keyboard/piano/vocalist Laura Fisher can be seen in one of my earlier posts giving me a singing lesson.

Check them out at www.assortedanimals.com

Stand up comedian, writer, filmmaker, and associate producer.
View all posts by libs012 »
← The Need for Speed: Go Karting
Curling →