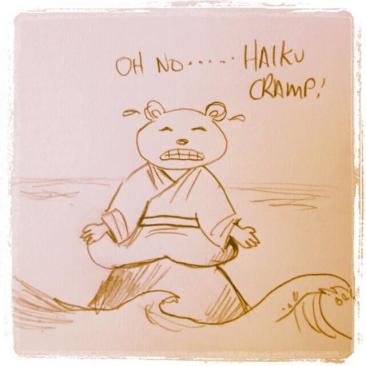 After taking part in the Guerilla Haiku Movement, I put out a challenge to HH readers, Facebook friends, Twitter followers and the universe to write and share haiku! And while I mentioned I’d pick and post the top 5, it was just too hard. Check out all these awesome haiku I received! And if you feel inspired (and you will)– share your own!

Whenever I’m sad, I think of avocados. Joy comes back to me.
-Rachel Kerry 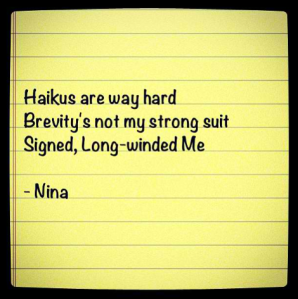 Mother of two girlsEarly mornings, up at nightSmiles make it worthwhile
-Jessica Ruhle

I Swim bike and run70 miles is my threesomeI race for boston!
-Grant Ryan

I munch at the leaves
From the sweet boughs (the) gums provide
What is that below! 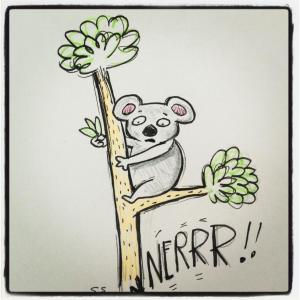 Everything is green–
even the rain in the trees.
It’s June, the best month
-Carolyn SegalGood is good to share
Spreading sunshine brings more sun
Let’s do it today
-Shannon Murray Martinforgot

Haiku rulesasked google for the answerthank you internet
-Molly McGaughey

Fear, don’t hold me backYou are a weighted falsehood.Look what I can do.
-Melissa Caminecci

That’s more dogs than there have ever been in a Disney movie. 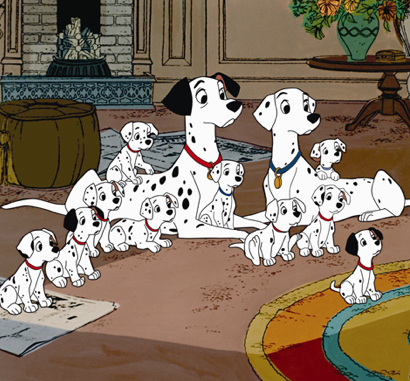 When we signed up for dog sledding, I had no idea what to expect–and a dog farm with 123 dogs never even crossed my mind. Sled with 12 dogs attached and a musher–maybe, but 123 dogs? No way. What an amazing surprise.

As we drove up a small road to Dog Sled Adventures Montana–just a few miles west of Glacier National Park, I saw a dog peek it’s heads out from behind some trees “There’s a dog!” I yelled.

“There’s a circle of them I continued.” And then I realized we were surrounded my dozens of man’s best friends. In my head I began singing, “Here a dog–there a dog, everywhere a dog, dog, dog.” 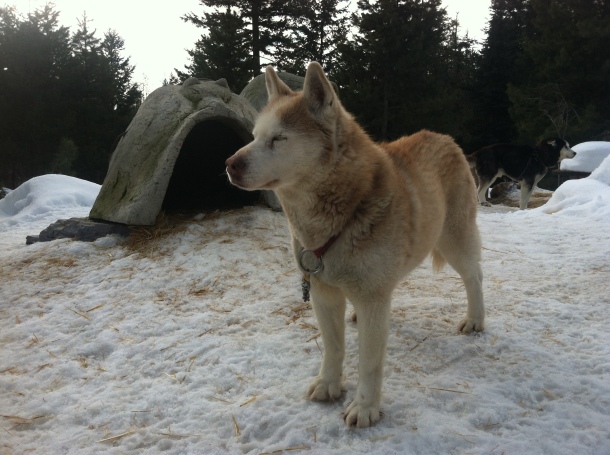 I turned to David–and I could just see his eyes light up, his heart bubbling with excitement. If the doors would have been unlocked, I am positive that he would have jumped out before the car had pulled all the way in.

We were entering dog paradise. 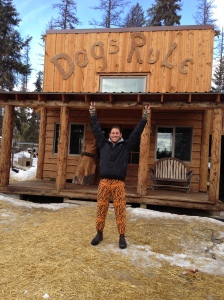 While making our final turn up the snowy driveway, Jeff, the owner, greeted us with a giant smile. I knew he must take the dogs out a lot –and that his business must be booming–by his wind burnt face which made his smile glow even more.

Before we even got on the sled, Jeff took us around the dog farm and introduced us to ALL of the dogs. Again–David’s face lit up–and even my soul danced a bit too. As we met more and more dogs, I began to get more and more excited–“These guys really want to do this!” I thought to myself as another dog snuggled up to my leg.

Not before long David, Kim and I were cozying up to one another in a three person sled. While we got ourselves in order, we could hear all the dogs howling.

It felt like we were getting ready to take our marks and race–the dogs were lined up like fans at a sporting event.

I imagined the huskie to my left yelling in a deep authoritative voice: “Stay safe out there young ones.”

And the young hound dog barking: “Have fun!”

We watched as the rest of the dogs jumped up and down with as much as excitement as we felt in our now bundled bodies.

And then…WE WERE OFF!

“Woooo,” we all screeched out a bit, before hitting a few bumps on the first couple of turns.

Moments later, after hitting the first few solid bumps– “By the way–it’s a little bumpy at the start,” our young musher told us as I felt my brain hit the top of my head. “But it won’t be like that for long.”

And he was right–sooner rather than later–we were smooth sailing around turns–up hills–down hills–and through the forest, stopping occasionally for a pee or poop break (for the dogs of course–even if sometimes they didn’t want to stop!). Once in a while we’d endure another bump–but more often than not we were giggling gratefully.

“This is amazing,” I thought to myself. 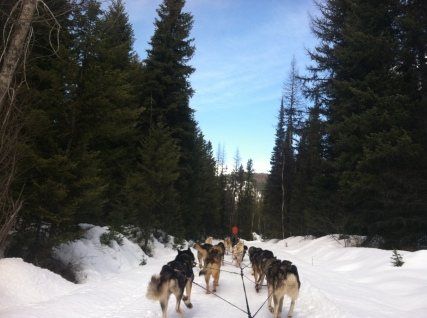 As we rode right along, I took in the views of the forest, the green that was still poking out from some of these Montana trees. I shielded my eyes from the sun as it ricocheted off the fluffy fresh flakes on the ground. And I took in the fresh smells of winter (even if they were intermingled with wiffs of dog soot). I felt Kims hands on my shoulders–and though I couldn’t see hers or David’s face for most of the ride, I could feel the energy of their smiles bouncing off the barks of the branches. After watching the videos back–I knew my feelings were right on. Each of us had smiles on that could have spread from one side of national forest we were riding through, to the other. 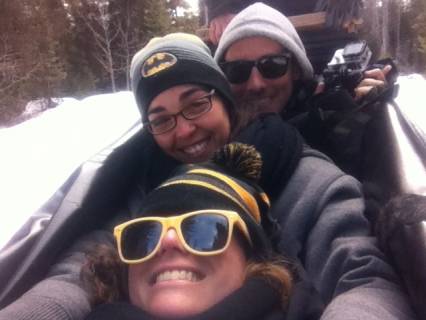 The ride lasted approximately an hour–and as we approached the dog farm on our return, a chorus of dogs cheering us on, again, could be heard.

While we climbed out of the sled, the dogs continued to call to us.

We exchanged high fives with our musher and then took another tour of the dog farm–making sure to give all the pups a friendly farewell.

After saying our goodbyes, Jeff treated us to hot chocolate, cookies and conversation. I watched his eyes as he told stories about the dogs; as he relived his early sleigh rides; and as he spoke about the dogs as his family–and not just his company. I could see the passion growing as he continued to tell us truthful tales of the past. His eyes twinkled with each detail. He’s the kind of guy that you know wakes up before his alarm each day–and gets excited about it–the king of guy that you know–is genuinely happy. The kind of guy you are grateful to have met. The kind of guy that I know I am grateful to have met.

What an amazing adventure. 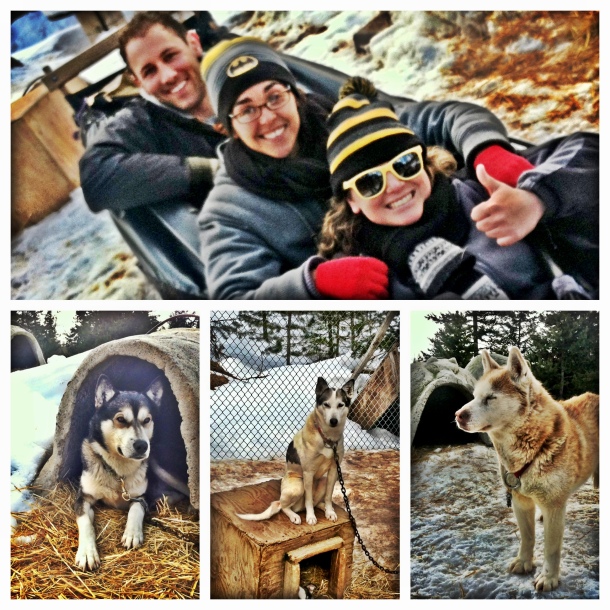